A Bit More on Sculpture Attributed to Oxyrhynchus

In an earlier post, I discussed a set of limestone sculptures usually described as funerary reliefs found at Oxyrhynchus. One of the pieces was a portrait of a woman acquired by the Boston Museum of Fine Arts in 1972. I noted that she resembles a more fragmentary piece in the Brooklyn Museum. A bit more searching has turned up some of the other examples of this type of sculpture. One of them, a piece at the Louvre, shares a number of similarities with the Boston and Brooklyn pieces: 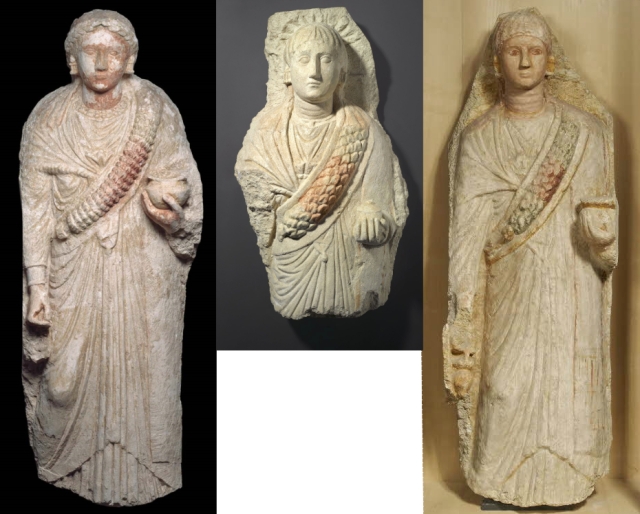 According to the online record of the Louvre piece, it is to be attributed to Oxyrhynchus and was acquired in 1971. The record gives no previous ownership history. It thus appears that these reliefs showed up on the market in the early 1970s. This seems to fit well (too well?) with a story of a discovery near Oxyrhynchus in the late 1960s. This will be the subject of a separate post.

This entry was posted in Antiquities Market, Oxyrhynchus Sculpture. Bookmark the permalink.

1 Response to A Bit More on Sculpture Attributed to Oxyrhynchus