In my previous post, I mentioned that the Oxyrhynchus Philo codex (LDAB 3540) was published in a number of different outlets. There are also some tantalizing hints about the archaeological context of the fragments. Here is the data on the pieces that have (so far) been published:

Figuring out exactly when and where Grenfell and Hunt excavated specific pieces can sometimes be tricky. In this case, P.Oxy. 82.5291 and 18.2158 both have inventory numbers beginning with “5B,” that is the fifth season of excavation at Bahnasa (Oxyrhynchus), 1905-1906. In the case of P.Oxy. 11.1356, Hunt’s preface to volume 11 mentions the dates of excavation for several pieces published in that volume, though not for 11.1356. But he states that the rest were found “chiefly in 1905-06.” For P.Oxy. 9.1173, we must rely on handwritten numbers on the papyrus fragments themselves (different from the later inventory numbers), which include 5.98 and 5.130. It seems reasonable that these numbers also probably point toward the fifth season, 1905-1906.

Grenfell and Hunt worked on behalf of what was then known as the Egypt Exploration Fund (now the Egypt Exploration Society), and they filed reports after their excavation seasons. In the report for 1905-1906, they describe three large finds of literary papyri made in early 1906, the latter two made in different levels of a single large garbage heap. In 1952, Eric Turner noted that Grenfell also kept “a small black notebook containing miscellaneous memoranda.” This notebook remains unpublished, but according to Turner, “the notebook makes it clear that in the productive mound named after Shekh Gaman (scene of the so-called second and third literary finds of 1906) the trench had to be stopped just north of the Shekh’s tomb, and it seems certain that the area unexcavated was the spot in which in 1932 Prof. Breccia retrieved the fine texts and documents published in PSI XI, XII, and XIII.”

While we tend to associate the Oxyrhynchus papyri most closely with Grenfell and Hunt, important work has been carried out at the site by other teams, such as the campaigns of Evaristo Breccia in the late 1920s and early 1930s. We know from Breccia’s records that he did indeed have his workers build a new tomb for Sheikh Gamman and moved his remains in order to continue excavating that heap. Breccia also recorded that PSI 11.1207, the fragment of the Philo codex, was among those papyri excavated from kôm Ali El Gamman. So, it is at least possible that the fragments that Grenfell and Hunt excavated also came from that same mound (a portion of which they had excavated in 1906).

Kôm Ali El Gamman has been identified (using Grenfell’s notebook) as K20 on the plan of Oxyrhynchus published in 1983 in the fiftieth volume of The Oxyrhynchus Papyri: 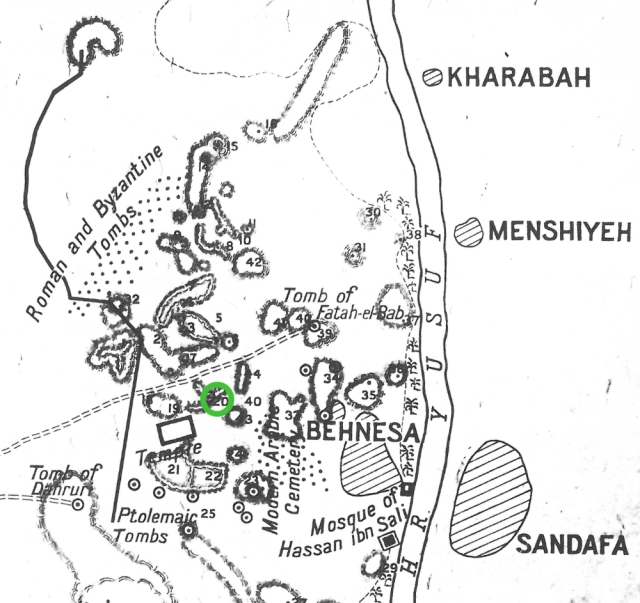 There is also a series of photographs documenting Breccia’s 1932 excavation of kôm Ali El Gamman, two of which I reproduce here: 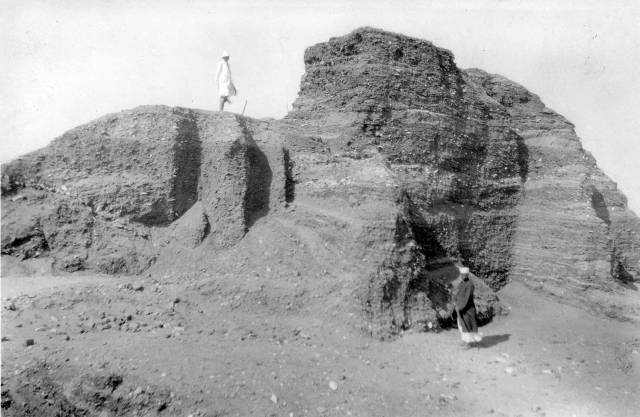 In 1992, Maria Serena Funghi and Gabriella Messeri Savorelli argued that what we were actually seeing with “the fine texts and documents” excavated by Breccia and one of the large finds of literary papyri uncovered by Grenfell and Hunt in 1906 were the remains of part of an ancient library that was discarded on to the garbage heap. George Houston has analyzed the texts from this “collection” (Grenfell and Hunt’s “third large literary find” and Breccia’s 1932 find, “Breccia + GH3″ in Houston’s terms) and shown that the collection contained a variety of types of literature: dramas, comedies, epics, historians, philosophers, orators, and more. Nearly all the pieces are assigned to the second century CE. In his earlier article on this collection, Houston actually included the Philo codex as a part of this discarded “library.” In his more recent book, however, he has excluded the Philo codex based on the following reasoning:

“The two largest surviving sections of [the Philo codex] were published by Grenfell and Hunt as P.Oxy. 9.1173 and 11.1356, and neither of those volumes is known to have included any materials from the third find. It would appear that a few small fragments became detached from the codex and came to rest near the concentration I call Breccia + GH3, but are not a part of that concentration.”

I tend to think that Houston’s later conclusion is probably correct (the Philo codex is unlikely to be part of the library of classical rolls), but for different reasons. As we’ve seen, all of the fragments of the Philo codex probably come from the 1905-1906 season, and it’s quite possible that they did all come from this mound. The Philo manuscript, however, would be the only codex in this collection (the rest are preserved on papyrus rolls), and there is nothing else in the concentration that is identifiably Jewish or Christian. If it were, say, a roll of Philo’s works that didn’t employ any nomina sacra, it would fit more comfortably in the collection. 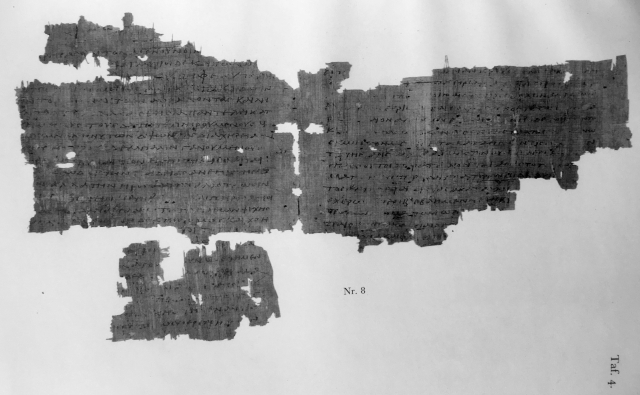 The Papyrus Hauniensis Collection began to form with purchases from Abdallah Ismail and Maurice Nahman in 1920, with additional purchases in the 1930s (see Hagen and Ryholt). I am uncertain when the Copenhagen fragment of the Philo codex was purchased and from whom, but its presence on the antiquities market suggests that this area of Oxyrhynchus was subject to illicit excavation at some point between 1906 and 1932.