The Cast in “Greek Papyri”

Many thanks to Ann Hanson for helping to identify the figures in the “Greek Papyri” film featured in my last post. Starting from the beginning of the film:

The voice reading the selection from Winckelmann’s account of the Herculaneum papyri at about the 4 minute mark is that of Otto Skutsch (University College London): 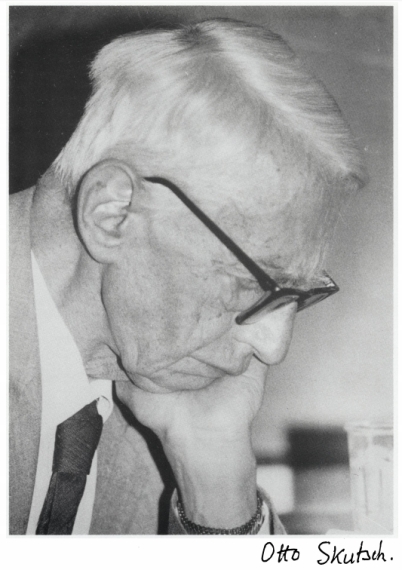 The moving force behind the production of the film was Eric G. Turner (University College London), who was also featured a couple of times on screen: 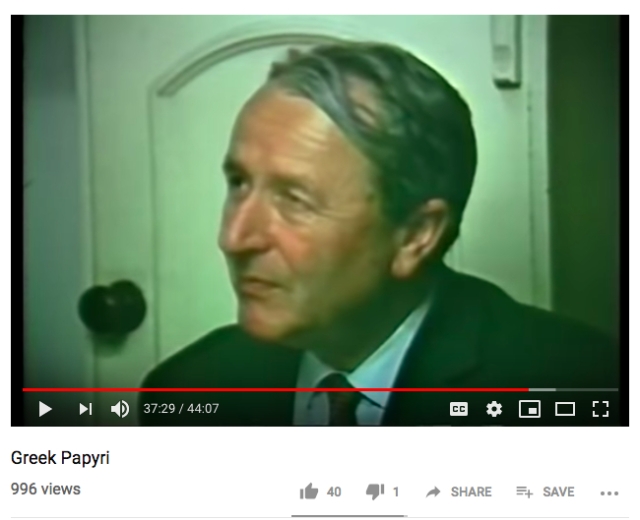 In addition, we also see Michael Haslam (emeritus professor, ULCA, right), with Eric Turner (center) and a still unidentified person on the left (UPDATE 17 March 2019: Helen Cockle identifies the man on the left as Alan Griffiths): 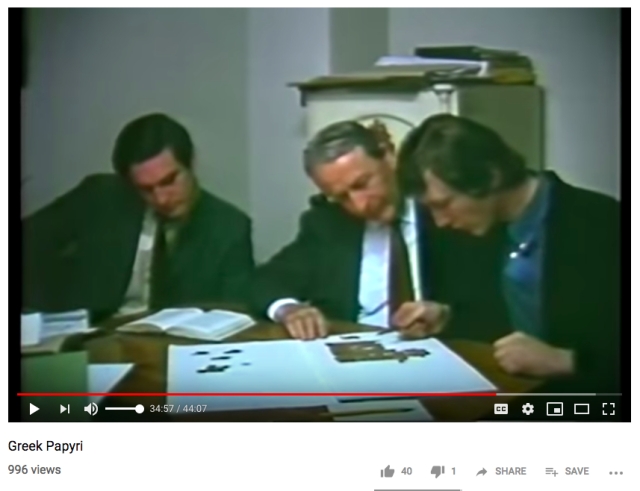 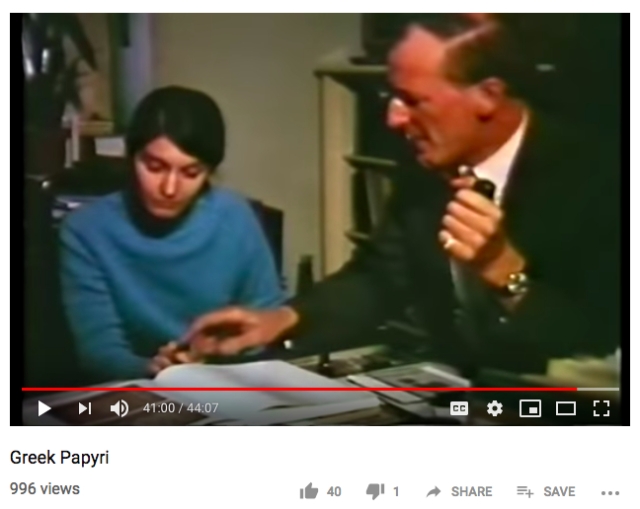 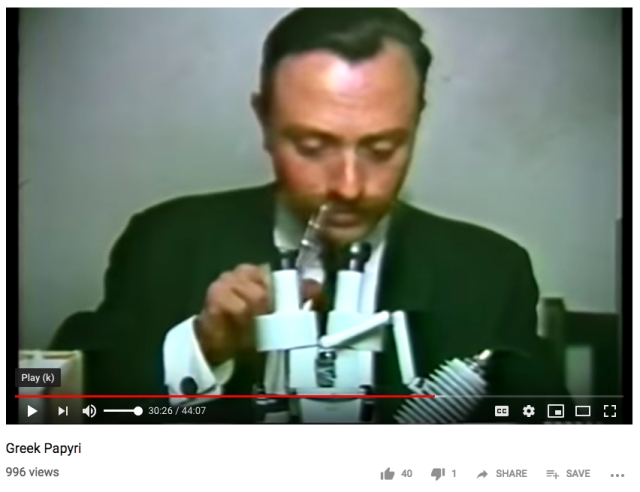 If anyone has other identifications, please let me know in the comments.

[UPDATE 17 March 2019: Please see the comment below from Helen Cockle for further identifications.]

This entry was posted in Oxyrhynchus Papyri. Bookmark the permalink.

7 Responses to The Cast in “Greek Papyri”