A couple years ago, I wrote an article on two papyrus manuscripts now housed in the British Library, the so-called Harris Homers. I’ve written on this blog before about the curious story of their discovery in the “Crocodile Pit of Maabdeh” in Egypt in the middle of the nineteenth century. They were supposedly found by the British collector Anthony Charles Harris (1790-1869) and later sold by his daughter, Selima Harris (ca. 1827-1899) to the British Museum. One of these manuscripts was the remains of a papyrus roll, perhaps copied in the first or second century CE, containing book 18 of Homer’s Iliad. The other, the other was (in its present form) a single papyrus quire consisting of of 9 sheets of papyrus folded in half with parts of books 2-4 of the Iliad, probably copied in the third century CE and inscribed only on the recto of the leaves (the versos were apparently left blank and reused at a later date). Both “Harris Homer” manuscripts were said to have been found with a human mummy. And in fact the mummy was said to be clutching the Harris Homer roll in its hand! 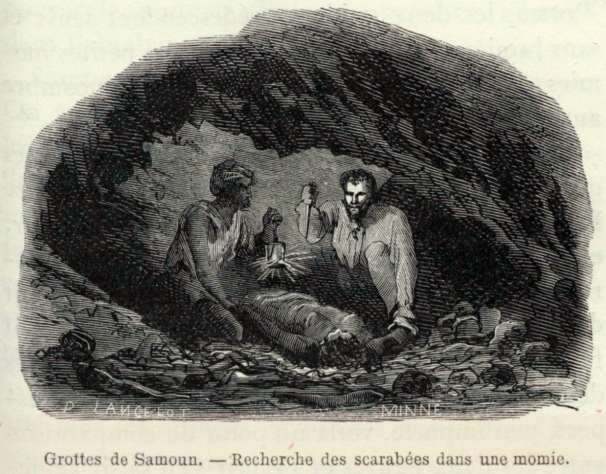 The story smacks of legend, and I’ve gone into greater detail on the problems of the find story in the earlier blog post and in my article. What prompts the present post is the news that the “Harris Homer” roll has been digitized, and images are now freely available on the British Library website.

It is interesting to note that the front of the papyrus (the only part that is visible in the present framing) shows no evidence of bitumen or stains, which would presumably be present if the roll had ever been adhered to a mummy as Harris claimed. It seems that there is little to support the story that either of the Harris Homers were found with mummies. But it is of course still great to have digital images of the roll available. Let us hope that images of the Harris Homer codex will soon follow!