Just a Bit More on the Robinson Papyri

I find one of the items in the list of Robinson Papyri at Duke especially curious. The last item in the list, which is given in the Duke records as P.Duk.inv. 798 (= P.Rob.inv. L 1). It is a fragment of Cicero’s Catiline orations. Several things stand out about this piece.

It belongs to a Greek-Latin codex with Christian contents, the rest of which is now kept in the Abbey of Montserrat near Barcelona. This codex is widely agreed to be a part of the “Bodmer Papyri,” a group of manuscripts that appeared on the antiquities market in the early 1950s and seem to derive from a single ancient collection. In his edition of the Cicero fragment, William H. Willis reported that the papyrus was the only Latin piece among the Robinson Papyri and also “the last papyrus [Robinson] acquired for his collection.” It was “purchased in Cairo in 1955” (Willis, “A Papyrus Fragment of Cicero,” TAPA 94 [1963], p. 321). Interestingly, the Robinson Cicero fragment is also usually said to have been found inside one of the Coptic codices acquired by the University of Mississippi in 1955. Thus Willis wrote: “It was found between the leaves of the Crosby Codex, a papyrus codex in Coptic now at the University of Mississippi” (p. 324). Most subsequent writers repeat some version of this sentence. For example, James M. Robinson: a “fragment of Cicero In Catilinam was found tucked into Mississippi Coptic Codex I (the Crosby Codex)” (The Story of the Bodmer Papyri, p. 51).

The Mississippi Coptic codices are also now unanimously agreed to be part of the ancient “Bodmer Papyri” collection. Mississippi Codex I (sometimes called the Crosby Codex or the Crosby-Schøyen Codex) was a small papyrus codex. It has changed ownership multiple times and is now MS 193 in The Schøyen Collection. 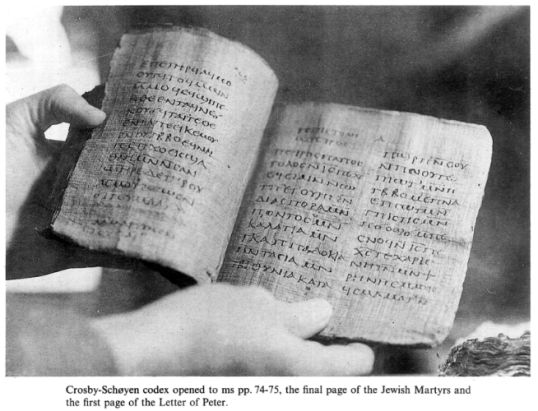 Mississippi Codex II was actually just one half of a parchment codex. The other half was owned by the Swiss collector Martin Bodmer and is known as P.Bodmer XXII. 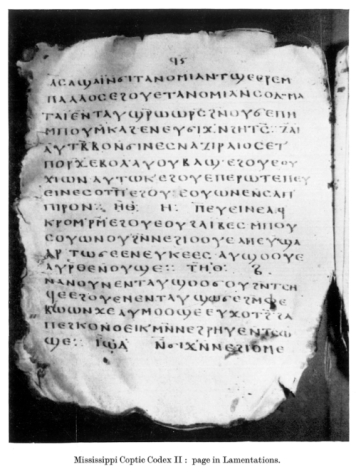 Like Mississippi Codex I, Codex II has also changed hands and is now VK 783 in the Van Kampen Collection. Willis described the acquisition of the codices by Mississippi in his 1958 article, stating that the codices were part of a batch of material “acquired for the University from an Egyptian dealer by public subscription.” The group that paid for the material was known simply as the “Friends of the Library,” at least one member of which is known, Margaret Reed Crosby—thus the alternative name of Codex I (Willis, “The New Collections of Papyri at the University of Mississippi,” 381-383).

This raises a question: The two Coptic codices acquired for the University of Mississippi in 1955 were not part of the Robinson Papyri. Why then does the Cicero fragment have a “P.Rob.inv.” number if it was in fact found inside a codex that was not part of Robinson’s purchases?

The answer, it turns out, is to be found in an early report about the fragment. In the first issue of the Bulletin of the American Society of Papyrologists, there is a transcript of a paper on the Cicero papyrus presented by William H. Willis in 1963. In the discussion after the paper, Willis said the following:

This is a Robinson papyrus, and it is now in my hands, and is the only Latin papyrus in the Robinson collection. In fact, I didn’t know it was there until a very few weeks ago. Some of you by this time have heard of the Coptic codices at Mississippi. Biblical Coptic codex two is a fourth century parchment codex which belongs to the Bodmer group, and in fact Mr. Bodmer has the first half of it, and Mississippi has the other half. Now this particular Latin fragment was said by the dealer to have been found just as it was between the leaves of codex two. I don’t suppose there is any conceivable way of determining the truth of that statement. At any rate, it was turned over to Robinson in connection with the codex, into which it was said to have fallen, and he brought it back at the same time.  (pp. 22-23)

So, there are a few things to attract our attention here. First, the fragment is said to have been found not in Mississippi Coptic Codex I (now Schøyen MS 193), but rather Codex II (now Van Kampen 783, the other half of P.Bodmer XXII). So, we don’t really know in which book it was allegedly found. Still more intriguingly, it turns out that the papyrus was reportedly removed from the codex by the dealer (Maguid Sameda) before the sale of the codex. So the information we have is a second-hand report traceable to a dealer. Finally, it seems that Robinson actually took possession of the codex in Egypt and brought it to the US, and at the same time he purchased the Cicero fragment for himself in a separate transaction.

And that is not quite the end of the story. Willis’s early articles describe the Cicero fragment both as “P. Lat. Rob. inv. 1” and as “P.Rob. inv. 201.” Remember that in the list of Robinson Papyri in the Duke collection, the highest “P.Rob.inv.” number seems to be 61. The Cicero fragment is currently described as “P.Duk.inv. 798 formerly P.Rob.inv. L 1.” So, it’s not entirely clear how this older “Robinson” numbering system worked. Were some numbers skipped to allow for the possible acquisition of more Greek and Coptic papyri, and a Latin sequence simply begun at the number 201? Or were there really 140 additional items in the collection that never made it to Duke? Once again, a full list of all the Robinson Papyri in Willis’s possession would be a wonderful thing to have in order to sort all of this out.

4 Responses to Just a Bit More on the Robinson Papyri