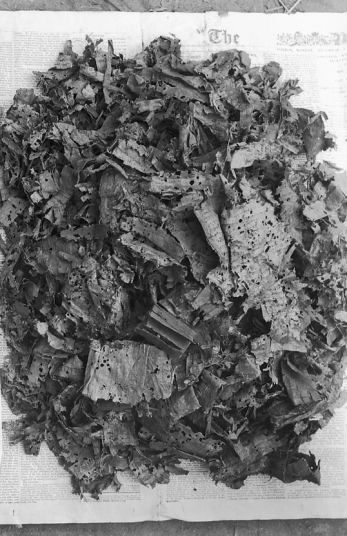 My book on early Christian manuscripts contains a chapter on the Christian material that has so far emerged from the excavations of Grenfell and Hunt at Oxyrhynchus. One of the questions I was unable to answer during my research was  to what degree the Christian literary material that has been published in the Oxyrhynchus Papyri series is representative of the total amount of Christian literary material that was collected by Grenfell and Hunt. To phrase it another way, can we know whether the 160 or so Christian books (codices and rolls) so far published in the P.Oxy. series represent 5%, or 20%, or 50%, or 60%, etc. of the total number of Christian fragments collected in the Oxyrhynchus excavations.

You may recall that, in light of the odd circumstances surrounding the identification and publication of P.Oxy. 83.5345 (the papyrus formerly known as “first-century Mark”), the Egypt Exploration Society announced that in the spring of 2016, “the EES decided to review what NT fragments had been identified in its collection but not yet published.” Now the EES has made available the results of that summary (in the form of rough numbers):

This is exciting news. See the full announcement here.

This entry was posted in First Century Mark, Oxyrhynchus Papyri. Bookmark the permalink.

8 Responses to Unpublished Christian Papyri from Oxyrhynchus: Some Numbers